We're sorry, you're outside our current delivery area.

YUM! We deliver to you on

s
Corona Virus Note:
Thank you for making local farmers a priority! Unfortunately, right now we are at max capacity for customer orders.

Our new customer registrations have almost quadrupled in the last two weeks and as a team of six, we are unable to fulfill all of these orders. We have started assigning our new sign ups to a wait list so that once we have re-calibrated our operations and hired the necessary employees, we can open up our registrations again. At this time, we do not have an estimated date of when we will be able to add new customers. We will send an email letting you know that you can begin ordering from us. Please register an account to be placed on the waitlist.

*If you are over 60 or immunocompromised, please say so in the Driver Notes during registration. You will be the first removed from our waiting list.*

HOW IT WORKS
1) Market offerings/prices finalized by Friday morning for the following week (*see below)
2) Customize your order until Sunday 12:00
3) Look for these icons about freshness and food miles:

*If you register and wait to receive the email on Friday announcing the market is open, make sure our emails don't go to your spam/promotions folder. We'll send you a welcome email after you register. 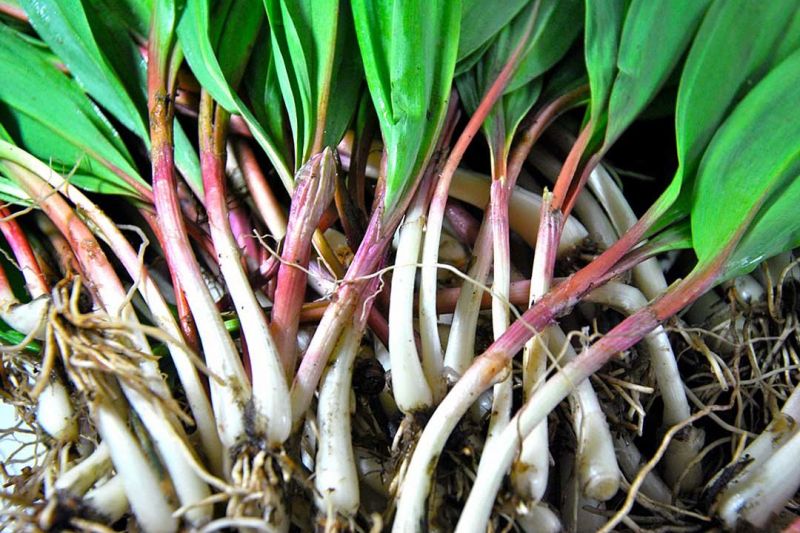 Foraged in Michigan. From Jeremy Faber, head forager at Foraged & Found Edibles. NOTE: come with dirt and roots on for freshness


This wild allium is one of the most popular greens we sell and is harvested and celebrated by individuals throughout its growing region. It is one of the few products we sell that is not found in the Pacific Northwest, only growing east of the Mississippi.

We sell the young plants just after they emerge from the ground well before the leaves wilt and the plant flowers. The perfect size is around 6 to 8 inches, when the leaves are very tender and not too large. We ideally look for larger bulbs and sell them as whole plants fully intact. We do trim off the excessive roots, similar to store-bought green onions.

One major difference between our practices and others is that most companies actually pressure wash ramps to remove the very thin membrane that protects the bulb. This excessive washing typically bruises the plants and shortens shelf life, making it rot faster, and adding water weight for less value. Whether the membrane is washed off or not, one still needs to snip off the root base, which is one easy movement by pulling the membrane and snapping off the root at same time.

The season is springtime, from around the end of March into mid May. They start in the Ohio river valley and work their way north ending in the Upper Peninsula of Michigan. Ramps grow largely in the higher elevations over 2000 feet in Appalachia and New England. The most prolific areas for them are western North Carolina, most of West Virginia, southern Ohio, central and northern Michigan. There are also decent amounts in the Catskills, Berkshires, Green Mountains but nothing like the other areas.

We pull the entire plant out of the ground with a hoe, which is where we come to the most important part and contention about ramps. Since we are physically removing the plants from the ground it is possible to destroy populations as the plant’s corm takes up to 7 years to reproduce. With the rise in popularity there is a lot of pressure to the point that it is illegal to harvest them in Quebec and many other places.

In reality there are no permits for harvesting them except on private land. The area we harvest at first in West Virginia is a large area of private timberlands that are getting logged and have active mining operations. Our impact is almost nothing compared to these activities, and in fact we lose much ground each year due to them. This is the most sustainable area you can find to harvest whole plants, whereas New England forests are much less prolific and cannot withstand the pressure of more harvesting. Once we go to Michigan I find this to be a non issue as there is much less of a ramp culture up there; they are truly weeds growing practically everywhere often covering entire hillsides.

They have a very nice sweet onion flavor and you can utilize the entire plant once cleaning. Most chefs remove the bulbs to pickle and preserve, using the greens in sauces, fillings, and more. I really like them grilled whole. Definitely a bit of a labor intensive product though as they are small in size relatively and come straight from the woods. We separate out the base as they are often clumped together, removing leaves and extra dirt at base, then bundle with the roots all at same length to cut them down evenly and as close to the bulb as possible. A good shake helps remove any smaller debris and they are good to pack.

Add to Delivery
MY DELIVERIES

This delivery truck is empty.
Start adding some amazing products!

We Deliver To Your Area

To create your account and begin placing orders click continue. Or you can return to the market to browse our products.

Choose the distance you want to search for a pickup location:

Just this delivery: Removes all the suggested items for this week

All Future Deliveries Please:Deletes your order this week and cancels your subscription

There is no Checkout or Submit button to finalize your delivery. These items will be delivered unless removed. Enjoy!

Due to an increase in demand, we must put new customers on a waiting list.